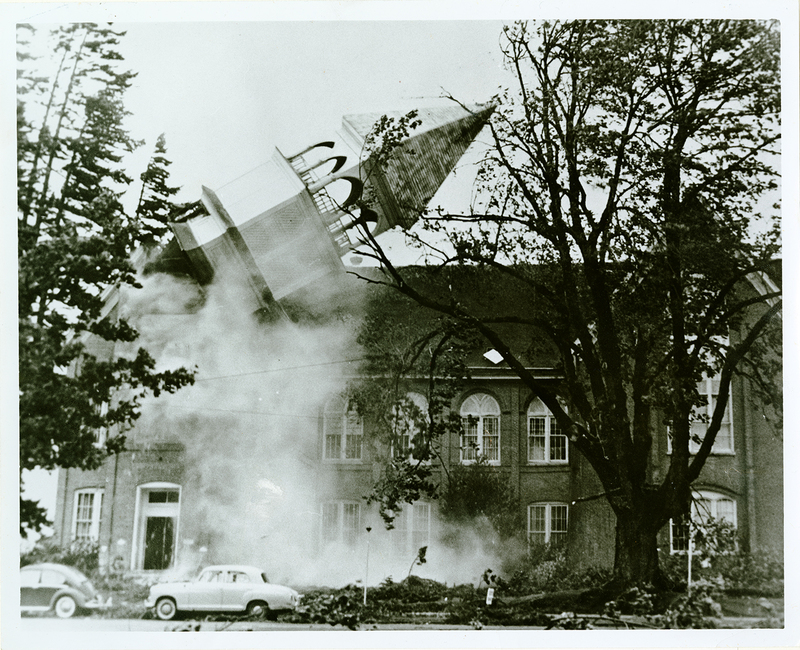 On October 12, 1962, a raging storm hit the West Coast with up to 120 mph winds along 1,000 miles of coastline. It caused a large amount of damage to various locations along the coast as well as Western Oregon University.

These strong winds caused the famous bell tower atop Campbell Hall to come crashing down. Wes Luchau, a student at the time, was lucky enough to catch a shot of the tower in mid-fall.

The photo became a sensation and was featured in numerous newspapers locally and nationally. Fortunately, the bell happened to not be in the tower the day the tower fell. 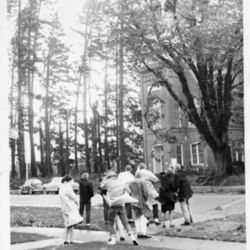 People Look Towards Campbell Hall during the storm. 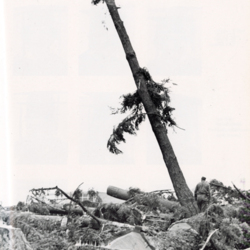 The last tree left in the Grove after the storm. 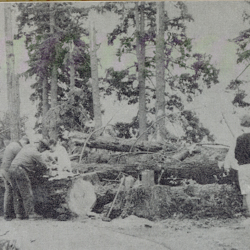 People work to clean away trees after the storm. 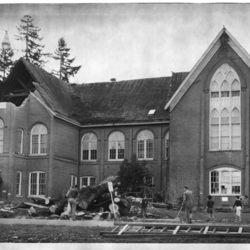 Cleaning the front of Cambpell Hall after the storm.