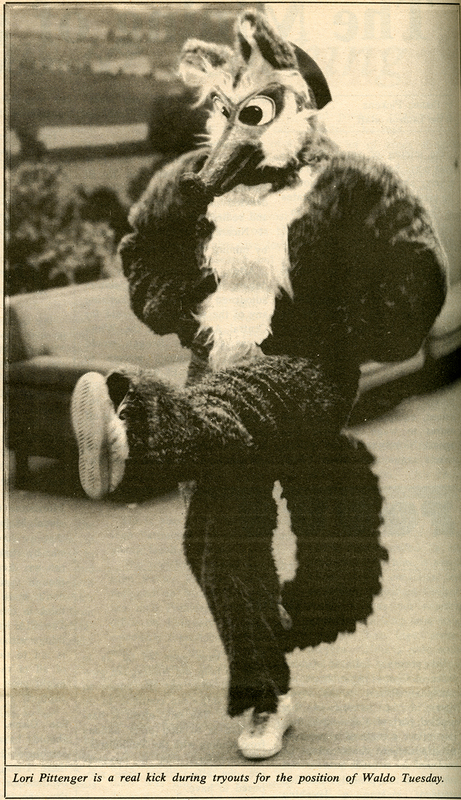 Though wolf costumes appeared at Homecomings in previous years, the first official Wolf Mascot costume was made by theatre professor Dr. Richard Davis and his wife Beverly in 1981. It was created in a whimsical cartoon fashion that included two different hats; one with polka-dots and the other with the Western Oregon State College initials, WOSC. It was commisioned by President Myers and decommissioned in 1988 to make way for a new wolf mascot costume. 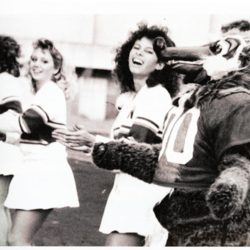 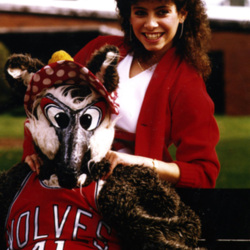 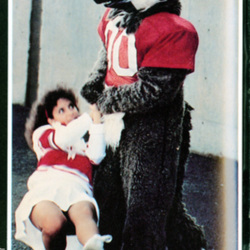 Norma Matias is dipped by Waldo 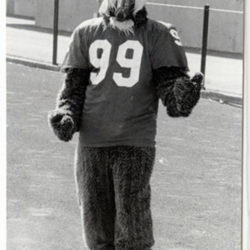