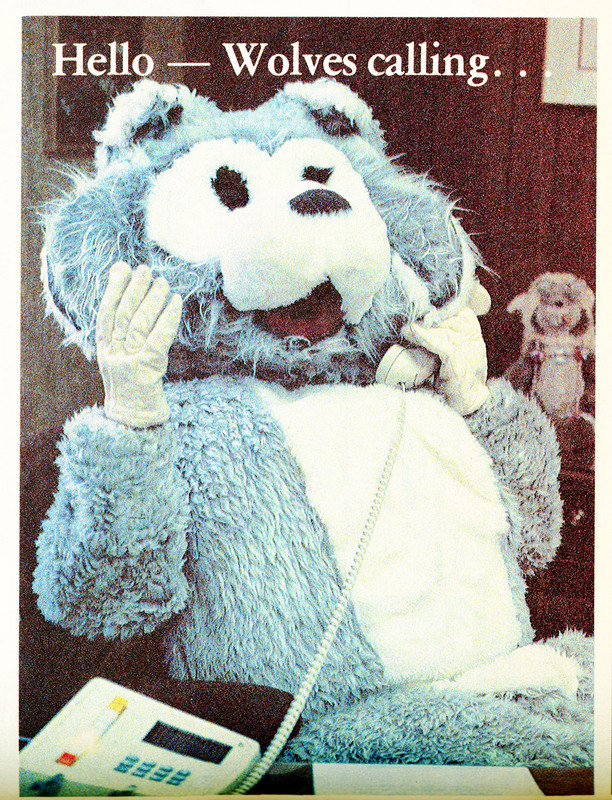 Waldo on the phone at a desk 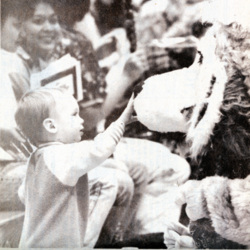 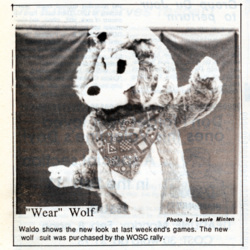 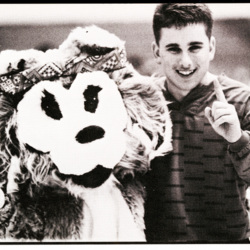 Waldo with a Student Who is Holding Up '1' Finger 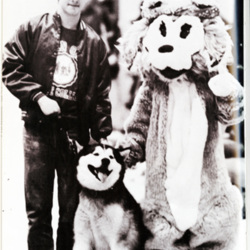 The mascot costume of the late 1980's-early 1990's, is shown here in action at sporting events, rallies, and around campus. This less menacing version of the Waldo Wolf mascot was purchased in 1988 by the Western Oregon State College (WOSC) rally team, which is now known as WOU Cheerleaders.

Changing of the Guard

During halftime of the November 5th, 1994 Homecoming football game, the torch was passed and the duty of bringing good luck was bestowed upon a new mascot and the old mascot retired. 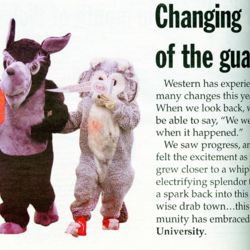 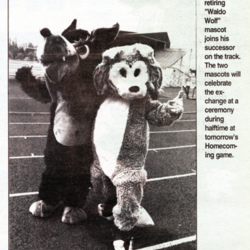 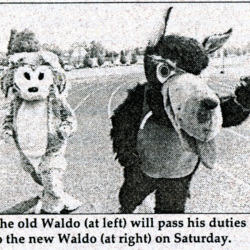 New Mascot Runs Ahead of Old Mascot On The Running Track 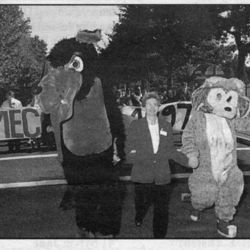