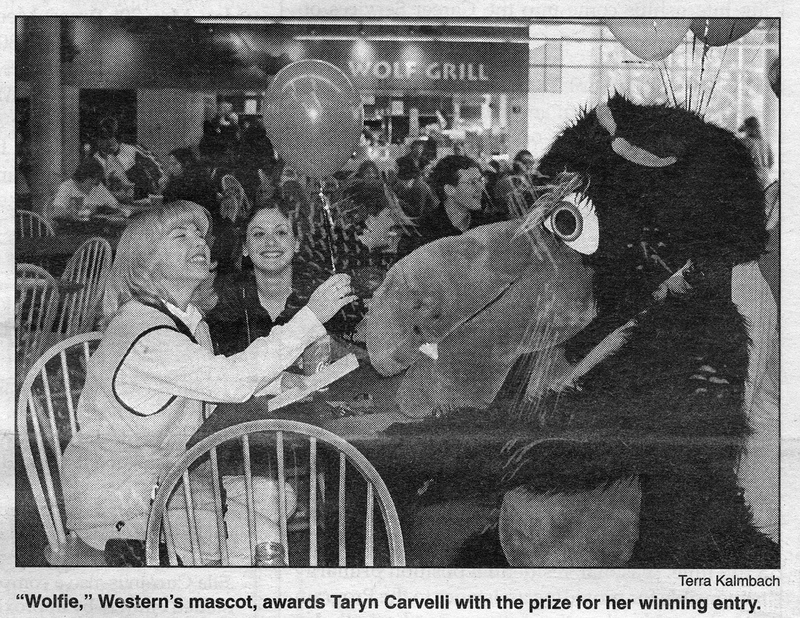 Fierce and larger than life, this new mascot was only in action for 5 years at this university. He was introduced as the new mascot in a ceremony at halftime of the 1994 Homecoming football game. This was the first time that the mascot was called "Wolfie," short for Waldo Wolf. Not only did this mascot bring good luck at sporting events, he was also invited to other campus functions branching out his public appearances to alumni dinners, campus meetings and banquets.  This Wolf mascot saw the changing of the school name from Western Oregon State College to Western Oregon University. 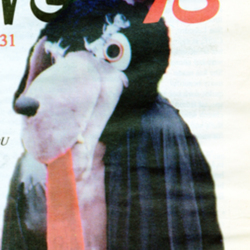 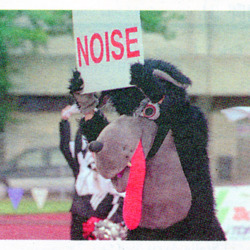 Wolfie Holding up A 'Noise' Sign at a rally 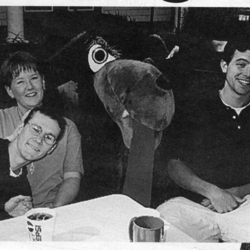 Wolfie sits with 1998 Graduating Class at the Senior Send Off 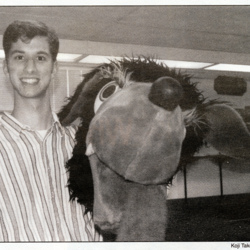