Before We Were Wolves 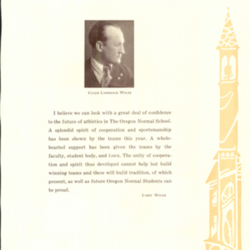 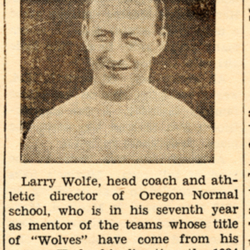 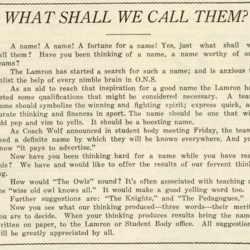 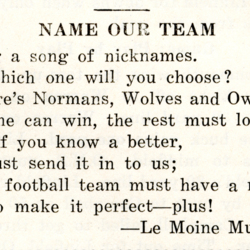 Prior to 1928, the school athletic teams were known as the Normals when competing with other schools.  In September of that year, Football Coach Larry Wolfe suggested to the associated student body that the school needed a mascot. Following Wolfe's suggestion, the student newspaper, The Lamron, ran a story in the October 9, 1928 issue with the headline, "What Shall we Call Them?", and suggested names like Owls, Knights, Pedagogues, asking for additional suggestions. 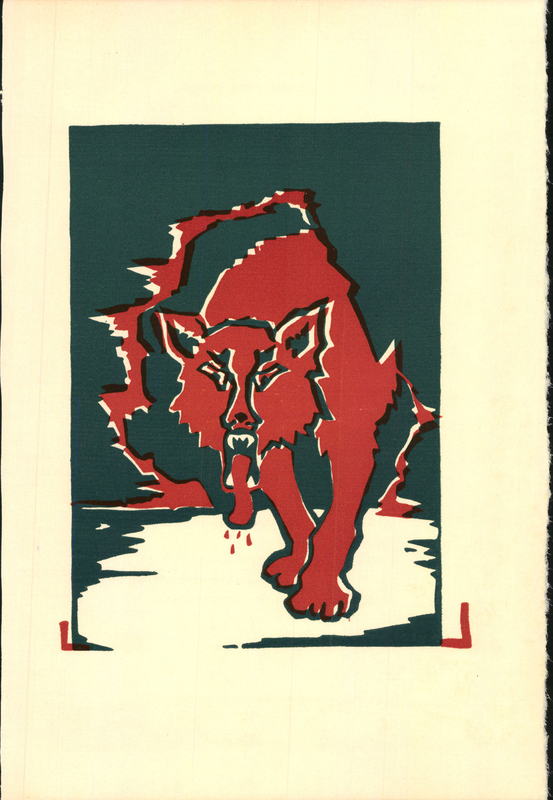 Illustration of A Wolf in "The Norm" 1929 Yearbook

The official 'Wolves' naming was announced in The Lamron on November 13, 1928 with the student poem, "Wolfe and his ONS Wolves".  The 1929 NORM student yearbook was dedicated to the Mascot and was the first school publication to use the wolf image and dedicates the team name to Coach Larry Wolfe. In a November 16, 1934 article in The Lamron, Larry Wolfe is reaffirmed as the man whose name is behind the school mascot. 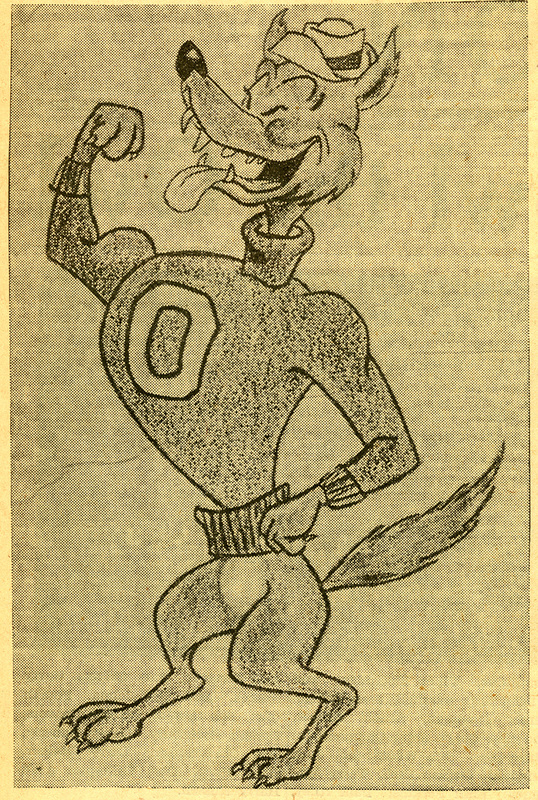 In October of 1952, a contest started to give a name to the wolf mascot. Entries were to include the name and a sketch for a cash prize of $2.50 for the name, and $5.00 for the best sketch.

It ended on October 24, 1952 and the new official school emblem was named "Waldo Wolf" with a sketch done by Ed Fitzsimmons.