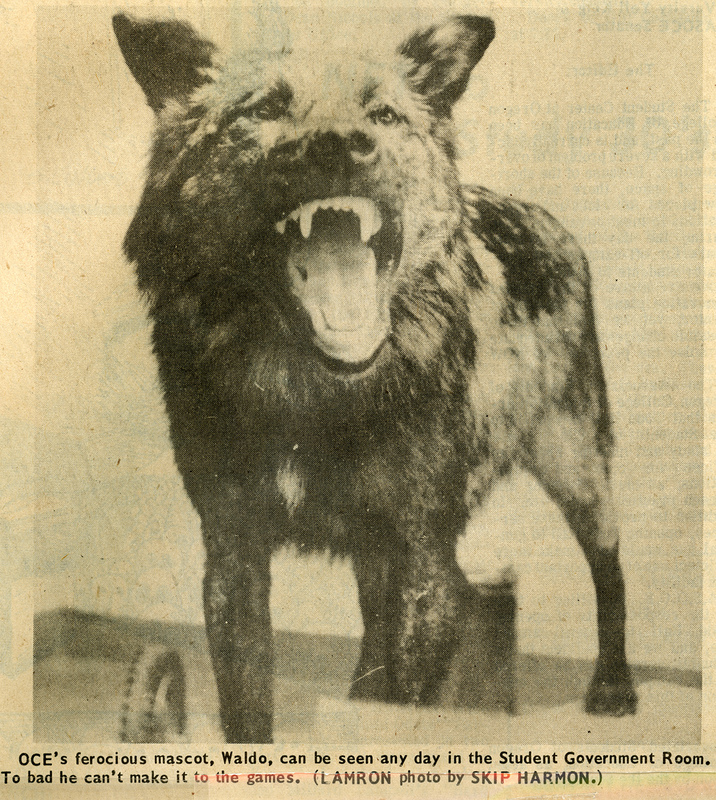 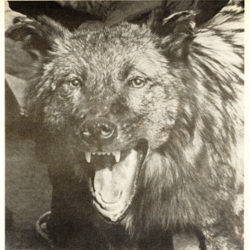 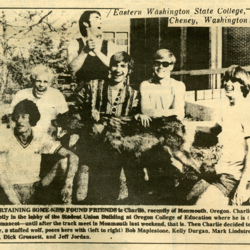 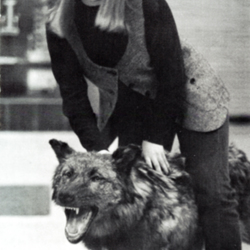 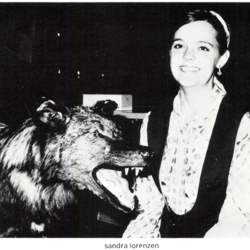 In 1967, the Oregon College of Education student body purchased a stuffed wolf mascot. The wolf was mounted on a wheeled platform and was paraded around at spirit and sporting events.

In 1971, the stuffed wolf was stolen by the Eastern Washington State (EWS) track team, and a photo of the EWS team with the wolf, which they renamed “Charlie wolf,” was published in the June 4 issue of the LAMRON.

There is no official documentation of when the stuffed wolf was decommissioned or if it was return by EWS.