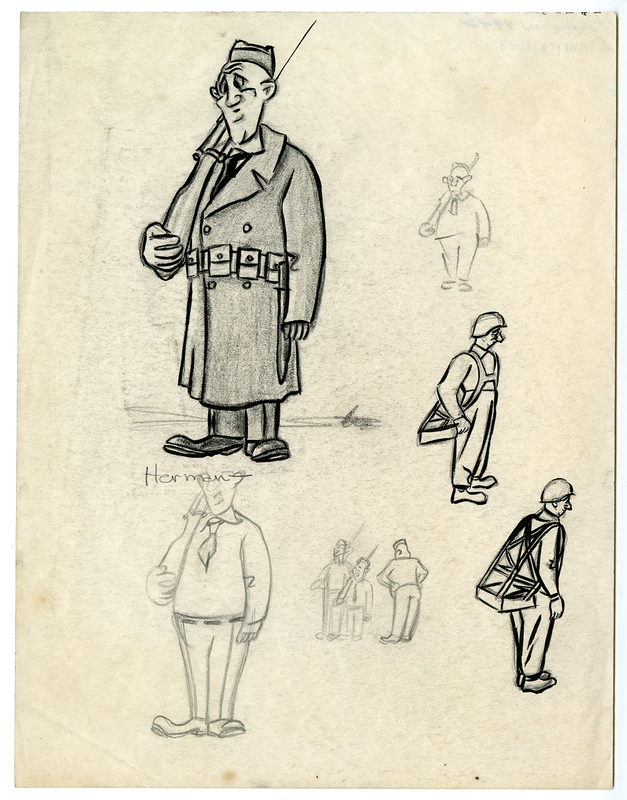 Denver - Lowry Field - WWII Drawings.
Ink and pencil cartoon sketches in varying degrees of completeness of a soldier, referenced as "Herman."
Maurice explained the army published newspapers with comic strips or single comics. Two of them were very prominent, one of them is still in the newspapers. Maurice was practicing to create a character himself, 'Herman" who he used in comic comic cartoons he drew all through the war.
Verso: "Summer 1942."
Maurice.1607

http://rightsstatements.org/vocab/InC/1.0/
In Copyright: Hamersly Library has determined, as of 05/12/2020, this item is in copyright, which is held by Alfred P. Maurice.