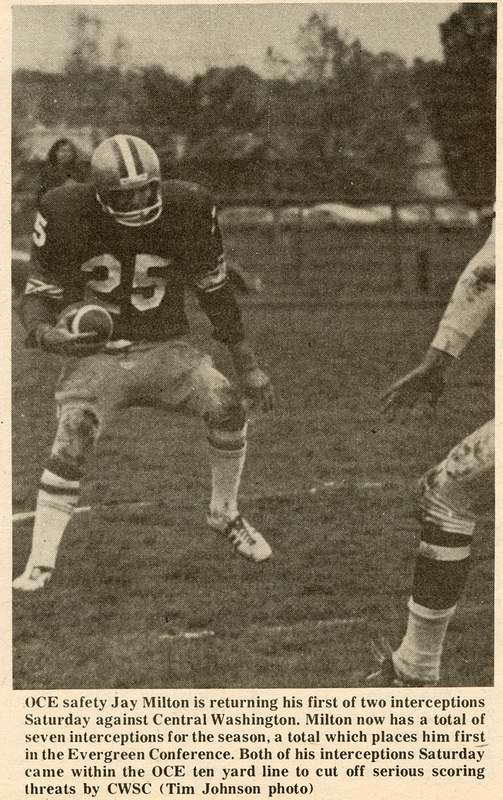 Football Player, Jay Milton clutches a football while he faces a Central Washington opponent. Caption below reads, "OCE safety Jay Milton is returning his first of two interceptions Saturday against Central Washington. Milton now has a total of seven interceptions for the season, a total which places him first in the Evergreen Conference. Both of his interceptions Saturday came within the OCE ten yard line to cut off serious scoring threats by CWSC (Tim Johnson photo)"
The Lamron, November 08, 1973
Digital .jpg (300 dpi, pixel dimensions- width: 946, height: 1500)

http://rightsstatements.org/vocab/CNE/1.0/
Copyright Not Evaluated: As of 04/21/2020, the copyright for this item has not been investigated by Hamersly Library.