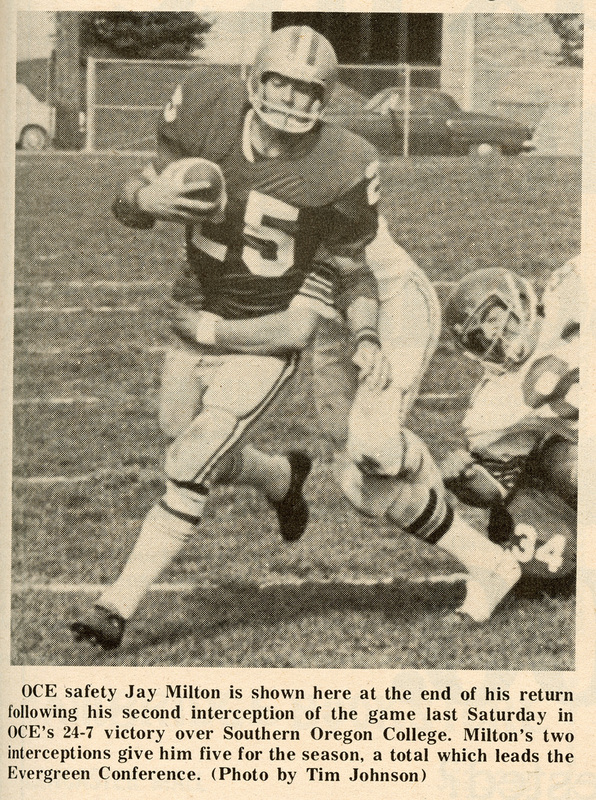 OCE Football player Jay Milton runs down football field while clutching a football and getting grabbed by a Southern Oregon College opponent. Caption below reads, "OCE safety Jay Milton is shown here at the end of his return following his second interception of the game last Saturday in OCE's 24-7 victory over Southern Oregon College. Milton's two interceptions give him five for the season, a total which leads the Evergreen Conference. (Photo by Tim Johnson)"
The Lamron, October 18, 1973
Digital .jpg (300 dpi, pixel dimensions- width: 1118, height: 1500)

http://rightsstatements.org/vocab/CNE/1.0/
Copyright Not Evaluated: As of 04/21/2020, the copyright for this item has not been investigated by Hamersly Library.