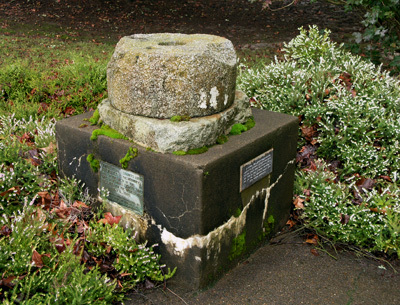 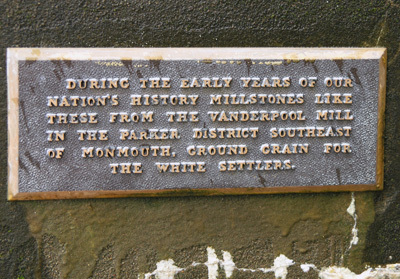 Located between the north tennis court and the northwest corner of the west wing of Bellamy Hall are two millstones. These stones stand in nearly the same place as they did when they were placed on a pedestal behind Campbell Hall in 1925. The millstones are there to commemorate the hardships and sacrifice of the people who first settled the Willamette Valley. The stones were made by a man named Medis Vanderpool, who used the millstones in one of his mills in the Parker district, southeast of Monmouth. Also on the pedestal is a plaque dedicating the tennis courts to the men of Oregon Normal School who enlisted for World War I.

The plaque reads "During the early years of our nation's history millstones like these from the Vanderpool Mill in the Parker district of southeast Monmouth, ground grain for the white settlers."