In 1965, Rigo's dairy in Pucón still hand-milked about 50 cows. A year later he enrolled in a CORFO modernization project partially supported by the New Zealand government.  This included a modern milking barn, high quality pastures, and daily rotation of the dairy herd.  Soon he was shipping his entire production to a modern creamery.  A rotating paddy system with high quality forage and improved breeding produced very positive results. 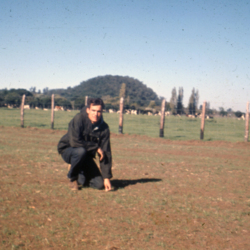 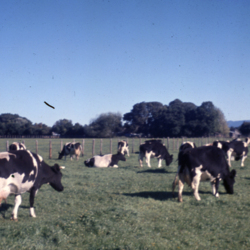 Cattle from Teuber dairy in Pucón 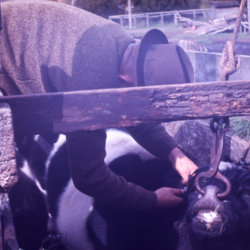 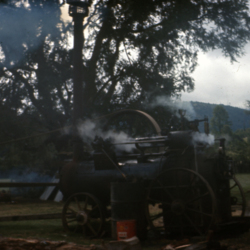 A steam engine used to power a threshing machine 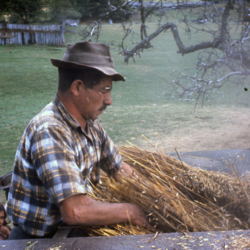 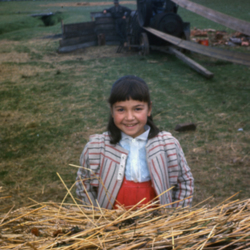 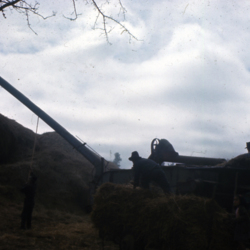 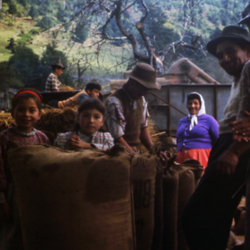 For campesinos, the government offered improved wheat seed on credit and promoted high quality pastures. Unfortunately, too many technological innovations were needed to help these innovations work. The result was often that the poor took on additional debt, becoming poorer. 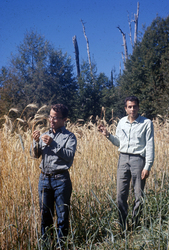 Some Peace Corps Volunteers promoted experimental pastures as school projects and offered technical advice on reforestation. Local farmers found it expensive and somewhat odd to plant pastures since grass seemed to grow by itself. A few, however, did plant imported, fast growing pine trees, rather than the slower-growing native hardwoods.

In Hualpín, a rural community near the Pacific Coast, volunteer Bruce Weber developed and implemented a pasture improvement project.

Sheep were an ideal livestock for the rugged Caburgua terrain. The wool, when spun and knitted, provided the family clothing and bedding. In addition, the meat was one of the few sources of protein.

Unfortunately, many animals suffered from chronic mange. A common sight was to see sheep with a third or half their fleece missing due to this disease. In winter the sheep suffered from cold due to a lack of fleece. In the spring when sheering occurred, wool production was low. 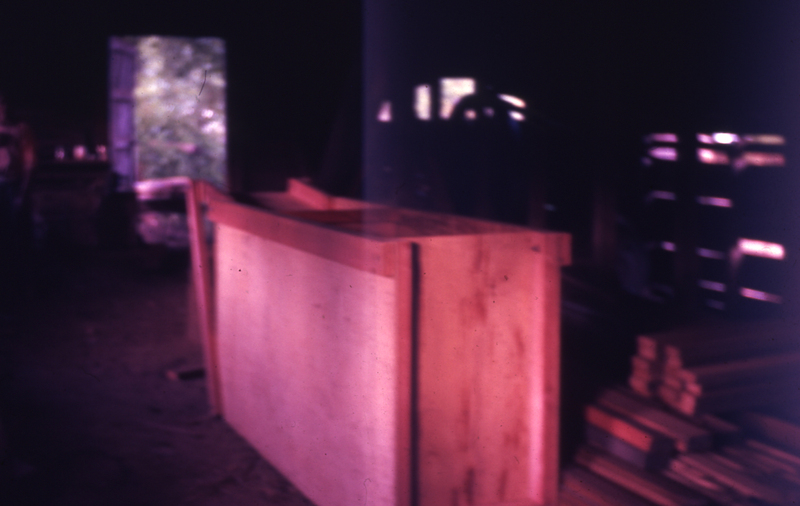 On a trip to sheep ranch outside San Martín de los Andes in Argentina, Peace Corps Volunteer Bruce Weber observed that the owner bathed his sheep biannually in a cement trench filled with an insecticide. Thus, he succeeded eliminating mange.

Learning of this solution, two other Volunteers, Roberto Spich and Richard Leonard, designed a portable plywood bath which could be loaded on an oxcart and hauled from one farm to another. After bathing many sheep in Caburgua, Roberto transported it east to the community of Curarrehue, where farmers found it just as useful. Later the farmers in Maite teamed together to make a permanent sheep bath of cement.