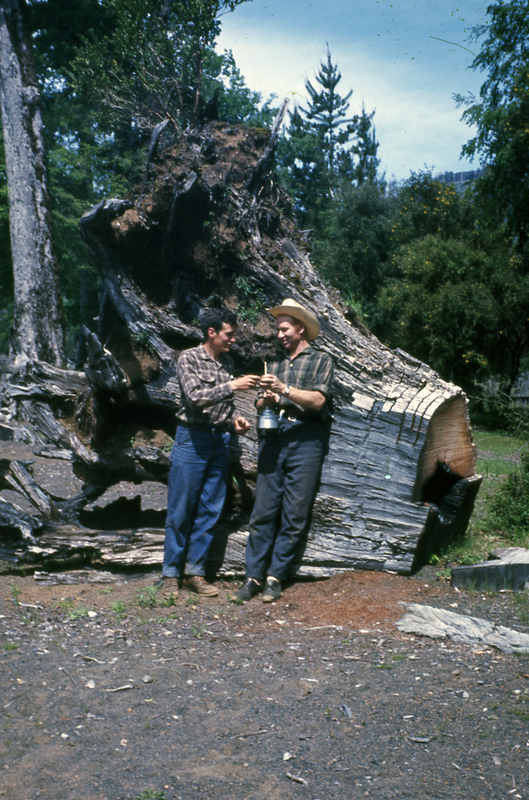 Werner Brätz serves mate on the shore of Lake Caburgua

Most guests were received in the kitchen. Not only were meals served there, but mate, an Argentine tea, was consumed there throughout the day. This hot drink is prepared with the ground leaves from the yerba mate tree. These are placed in a cup or gourd, hot water is added, and the resulting tea is drunk through a silver straw. Often, Caburgua residents added sugar by breaking sugar cubes and pouring hot water over them.

Numerous residents had previously lived in Argentina where sharing mate was likewise an important custom. Conversations over mate conjured up stories and initiated bonds of friendship. Many stories were told about people's past, as well.

Don Segundo, for example, loved to talk about his youth crossing the Argentine pampas with his cattle. He even recited verses from the gaucho poem, Martin Fierro. Other people told stories about horse races, tragedies, or even miracle makers. This social interaction could last one, two, or more hours. During the long, rainy winter, the mate ritual occupied many waking hours. Otherwise dreary days were transformed by visions of the past.