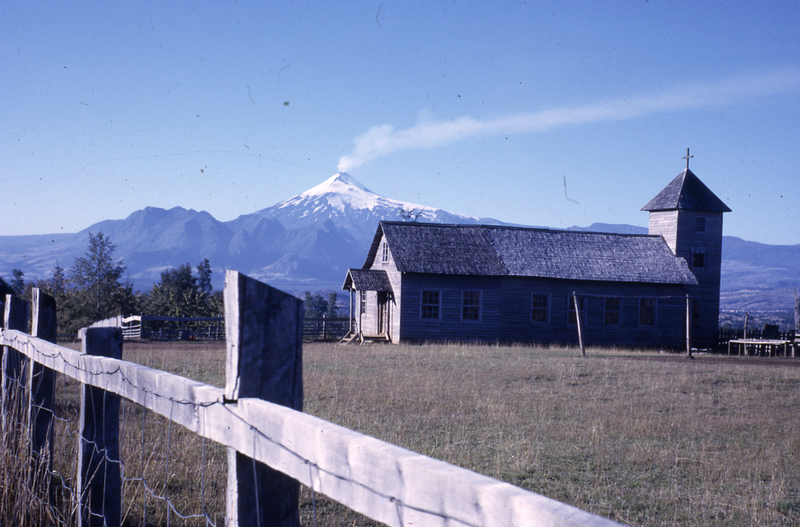 All residents were very concerned about their children's education. They sent their children to school regularly. Caburgua did not offer schooling beyond the fourth grade, so only parents who had the resources could board their children in Pucón or Villarrica. Unfortunately, fewer than ten percent did this.

The main school was Catholic and under the leadership of German Capuchin monks. The monks hired Chilean teachers, but they remained in charge of the management and periodically met with parents to discuss issues. There was also a private school taught by a woman in her house, but for most students the walk in the winter was too far, and was dangerous when flooding occurred.

Both schools received some government subsidies, which covered most of the costs. In a valley at the north end of Lake Caburgua, named Rio Blanco, parents had started, but left unfinished, a one room school. In 1967 they organized a fiesta and completed the school, but couldn't find a teacher willing to live in such an isolated place. In rural Chile, teachers often had to be real pioneers.

Higher than Caburgua was the region of Paillaco, where Professor Teodoro Mättig and his colleagues built a three room school, largely with community support. He and his wife always gave Lorenzo a warm welcome, offering mate and conversing about national and international issues. One night Teodoro, showed off his shortwave radio, even tuning in to Radio Havana. Chileans frequently surprised foreign visitors with their knowledge and keen interest in international affairs. 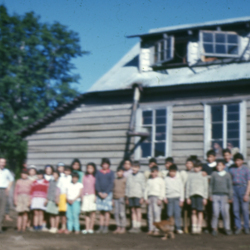 Students and their professor before the Paillaco school 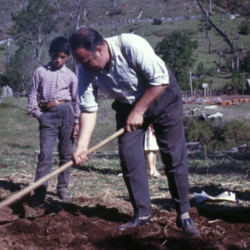 Planting a tree as part of a student project 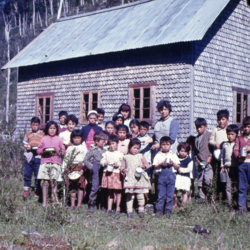 The Rio Blanco school in Caburgua 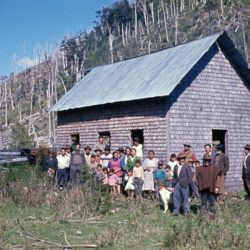 Students with a parent in front of the Rio Blanco school 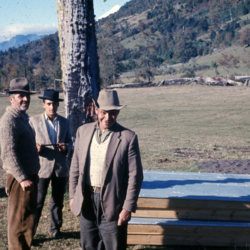 Construction begins on the Caburgua school

The Politics of Building Education

During the administration of Eduardo Frei Montalva (1964-1970), the government developed various programs to extend education to more students. In one such program, the government supplied prefabricated building materials and children's parents built the school.

Some Caburgua residents living at the south end of the lake heard about this program and signed up for it through a government representative in Pucón. A number of parents were descendants of the Mapuche octogenarian, Hilario Nahuel. With time, Caburgua residents referred to this project as "la Escuela Nahuel." They enlisted the local Peace Corps Volunteer to help them negotiate with government agencies.

Perhaps 18 months passed before a government representative designated this community as a recipient of the building materials. In the meantime, the community organized a fiesta to raise funds. It was a two-day affair with a ramada (a post-lintel structure with a roof of branches), lots of drinks, empanadas, dancing—and a brief fight. The fiesta was a financial success and the community raised a few hundred dollars (2000 Escudos).

The supplies arrived in the middle of summer. A "master carpenter" and his son, contracted by the government, oversaw the construction, while community members, who had built their own homes and barns, laid the foundation and framed the school. When they were ready to put the roof panels on, they complained to the master carpenter that some walls leaned about 15 degrees off center, but he blamed the pre-cut materials and brushed off their concerns.  When the government architect inspected the school and the locals shared their concerns, he demanded that the wall be straightened. There were many "I told you so"s whispered by the neighbors. 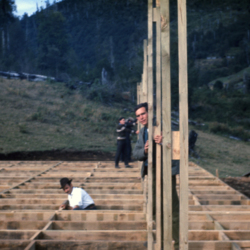 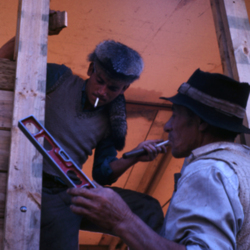 Checking the corners of the new school 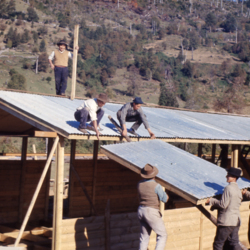 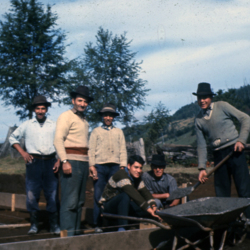 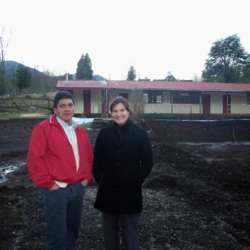 The completed school, pictured here in its new location in 2005

Building the school was only part of opening it for students. A different government agency had to officially accept the school and then assign a teacher. It took almost a year of visits to the Ministry of Education offices before the first teacher arrived and classes began. From 1968 for almost four decades, this school educated the children of Caburgua. 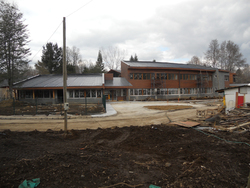 In the 1990s the government built a large, modern school which even boasted dormitory facilities. It was about four miles from the Escuela Nahuel, which today is a meeting center and field for the Caburgua soccer club.