Rites and other Celebration 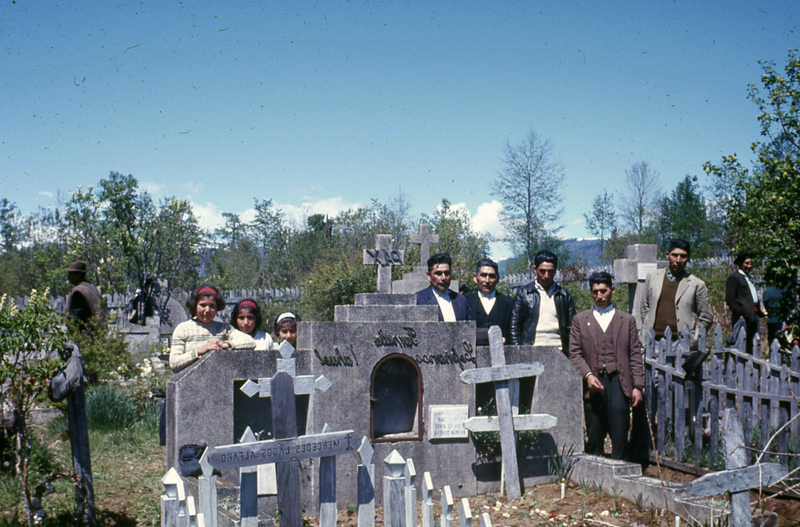 All Saints Day: A Rite of Spring

Quite a different commemoration was Todos los Santos, or All Saints Day. Families gather together for this event more than at any other time.

In the southern hemisphere, November 1 comes at a time when the weather is sunny and days are getting longer. Nature is showing off its full array of colors to proclaim birth, not death.

Caburgua has a community cemetery located close to "Las Cruces."  With very few exceptions, all deceased residents are buried there.  Some had headstones, but most had wooden crosses. Family members had outlined the grave either with stone, cement, or a wicket fence. A prominent member of the community was deputized to manage the cemetery, but he had no funds for upkeep. As a result, everyone was responsible for their family's graves.

Mother Nature had her own ideas about the sacred place. With plenty of rain, fertile ground, and a bit of sun, all plants grew profusely. The lilacs, for example, weren't content with being bushes. They aspired to be trees.

The week before Todos los Santos, family members spent a few hours trying to groom nature, with only moderate success. On the day itself, the deserted churchyard filled with people of all ages who brought flowers, lunches, and some refreshments. All there were friendly and enjoyed the gathering. In contrast to many other social activities, little alcohol was consumed. Lorenzo brought his camera and various families asked if he would photograph them gathered around their loved ones' graves. 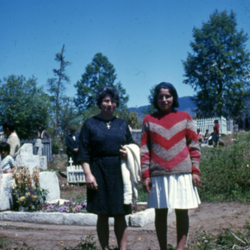 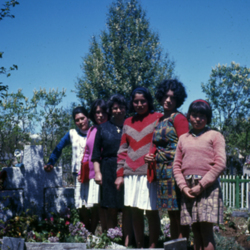 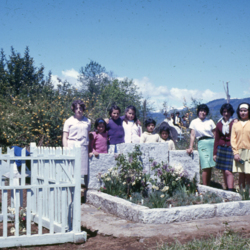 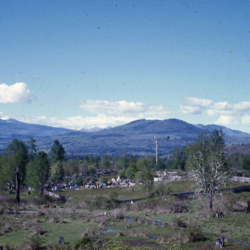 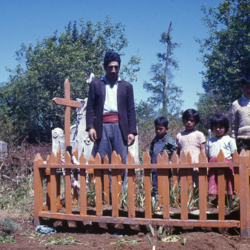 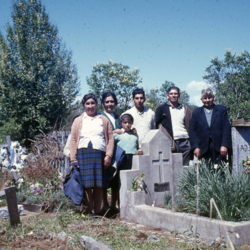 Death was far more common in Caburgua than in Chilean urban areas with modern health care. Infant mortality was particularly high. The lack of heat and sanitary conditions in many homes quickly turned a cold into pneumonia, or diarrhea into chronic dehydration. The long trek to a town doctor and pharmacy could take an entire day on horseback.

One morning, Lorenzo was passing by a rural home on a hike back to Caburgua from Rio Blanco at the north end of Lake. When he walked past a house a couple of young fellows invited him in for a drink. Since it was not yet midmorning, it seemed a bit early to consume hard cider.

The men told him they were celebrating that a baby without sin had gone to heaven. They invited him in and showed the deceased infant in a small, propped up box. Later they revealed that when the baby became very sick they took him to a doctor. It was a six-hour, night ride to the hospital in Pucón. When they arrived, they were too late and their baby died. According to tradition, when a baby dies who is less than six months old, it has not sinned, so its soul goes directly to heaven. The father, with some help from the hard cider, seemed joyful, but the mom was terribly depressed. Her sadness overwhelmed any spiritual consolation she might have felt.