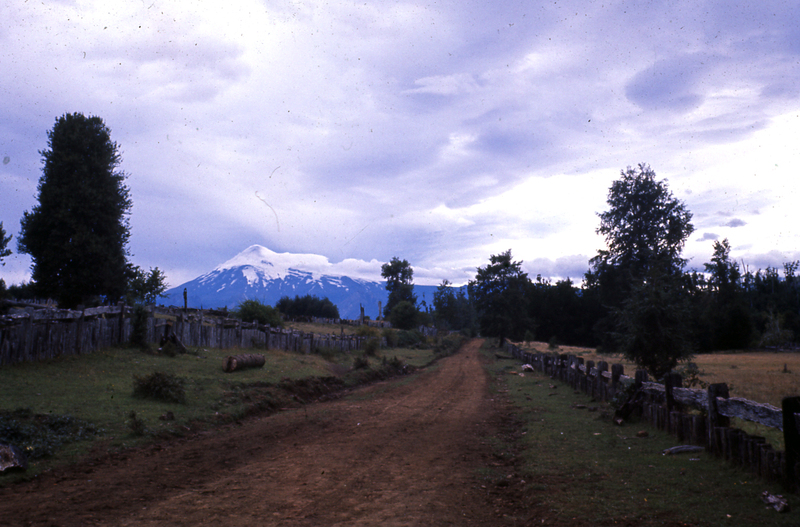 The Lake District of southern Chile is renowned for its recreational attractions. Although many of the lakes have been accessible since the latter nineteenth century, others, like Lake Caburgua, were practically hidden. Roads were rutted, dust flew in the summer, and mud predominated in winter.

This isolation created a unique community of landowning small farmers, who survived by raising animals, seeding grain, and hewing railroad ties.  Schools were few and often inaccessible. When children reached adulthood they often migrated to Chilean cities as well as to neighboring Argentina.