The Beginnings of Change 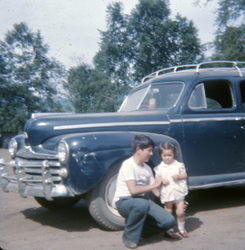 As Lorenzo would later discover, only four people in the community owned vehicles. Tito Fonseca had a new Ford truck which he used for hauling lumber, food, and passengers. Werner Bratz and Pepe Grammer drove 1950s Jeeps and Teodoro Mattig had a 1940s Ford. Other residents rode horses or walked to a bus which made a daily run to a neighboring valley of Pichares, seven or eight miles distant from Caburgua.

For years, community members and the government had talked about improving the Caburgua road so the lake could become a tourist center. Finally, in 1965 CORFO—Corporacion de Fomento (Development Corporation) created to promote government-private initiatives which modernize Chile—sent a bulldozer to Caburgua to develop a new route to the lake. It plowed through mostly volcanic dirt and sands, encountering no major volcanic rock formations. A large stretch of the road went through an abandoned fundo (estate) owned by Sr. Alvaro Jara.  However, it was dirt, and with the torrential winter rains, it would soon flood and erode. By contrast, a graveled road would have been an all-weather road, capable of supporting a bus line to serve the community. 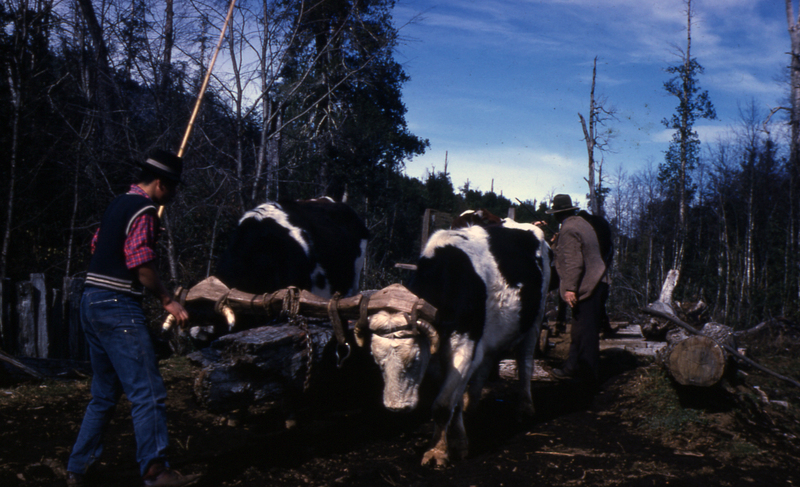 Pedro Vergara works on a bridge across the Rio Carhuello

Pedro Vergara, who lived on the edge of the lake, assisted with a new bridge. His well trained oxen manipulated the huge logs that spanned Rio Carhuello. The Zurita family in Pucón donated spikes to anchor the planks on the bridge. Passing vehicles sent up huge dust clouds in the summer, and rains threatened to wash the road out in the winter.

Because the government lacked the funds to gravel the road, it encouraged local residents to do so. For two years families debated how their humble oxcarts they could undertake such a project.

A Politician's Gift to Caburgua

Then, without warning a tragedy occurred which soon became a miracle. A national congressman representing the province of Cautín died suddenly, so the government called a special election to replace him.

The Frei Administration wanted an additional congressional vote to pass legislation, so graveling the road to Caburgua came up as an idea to promote tourism and gain support in the Pucón region. Werner Bratz, the de facto road committee chairman, was advised of Caburgua's good fortune by Pucón authorities. He organized a committee to dig gravel from the Liucura river banks.

For a month residents labored. One even was buried by a minor landslide and later sued the Caburgua committee for damages. But then the trucks showed up. In less than a month of constant loading and spreading gravel, the project was done.  For the first time in history, vehicles could drive through the community and up to the lake in all kinds of weather. Within a couple of months, a daily bus service began. Never did a politician's death do so much for a community. 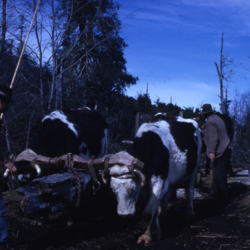 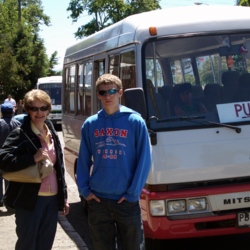 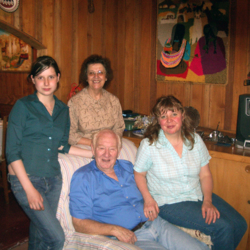 Werner Bratz (front), was one of the leading promoters of Lake Caburgua's development 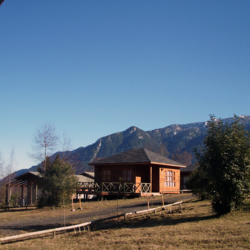 The paved road from Pucón to Caburgua