The paved road to Caburgua was followed by the arrival of electricity and a water system. Later, cell phone towers were installed, along with public payphones. These utilities improved the daily lives of Caburgua residents in many ways.

As tourists began to frequent the lake, the farmers also found a market for their produce without taking it to Pucón. Local people developed a store, a restaurant, and a market. The beautiful artisan springs, Ojos de Caburgua, were popularized.

A real estate boom began as people from Temuco and other cities bought land and built summer cabins. Then the first "hosterias" and camp grounds appeared. Also, nationally-recognized Santiago families built summer homes by the lake. Caburgua was evolving into another southern resort community. Some historic residents participated in this change, but others sold their land and moved to urban areas.

As this essay shows, the process of development brings various health, communication, and social improvements that potentially enrich people’s lives. But this process can also encourage migration, create social barriers, and encourage cultural homogenization. It is important during rapid transformations for both individuals and communities to retain their historical identity. The goal of the Caburgua Visual Archive is to remember those who colonized Caburgua and built the foundations of this unique community in Chile’s southern Lake District. 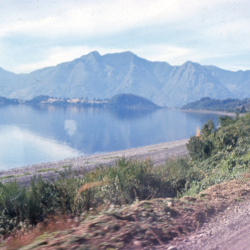 The south end of Lake Caburgua, before development 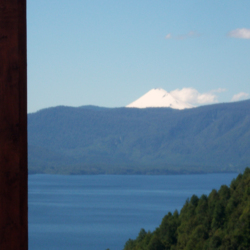 Lake Caburgua in 2006, showing a road on the hillside 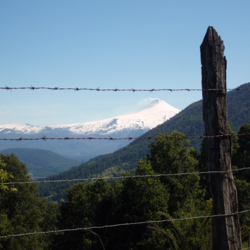 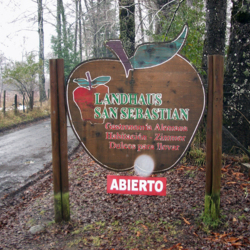 The Landhaus, a bed-and-breakfast in Caburgua 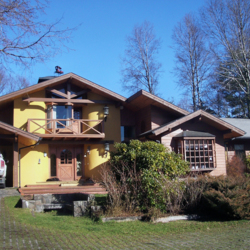