Despite its devastating effects, the storm also brought about discoveries and cherished memories. 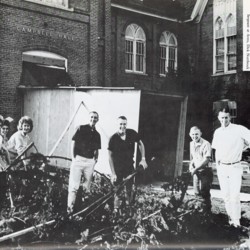 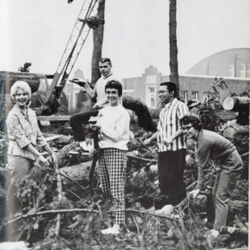 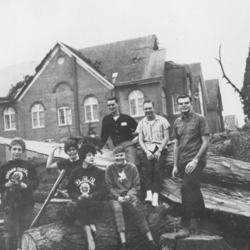 -- "I became engaged the day the tower crumbled and fell"

-- "A special bond seemed to be formed between people who had previously not known each other." 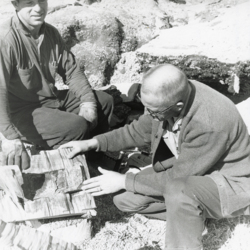 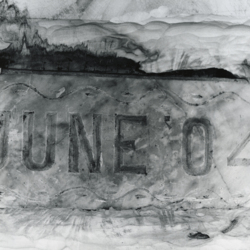 The Class of 1904 plaque was found by a workman while cutting down a fallen maple tree in front of Campbell Hall. The plaque is now a part of the Western Oregon University Archives Collection. 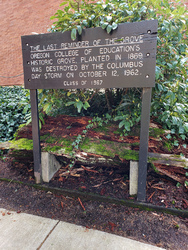 A log of one of the cut down trees of the Grove was saved and the presented as a parting gift of the Senior Class of 1967. It still resides in the newly formed Grove on the South side of the Humanities and Social Science building. 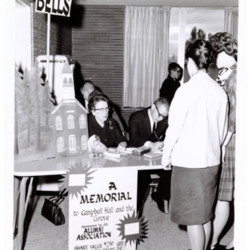 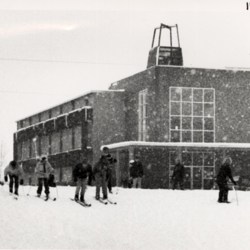 In May 1965, a Carillon was placed atop the Humanities and Social Science building to commemorate the fallen Bell tower. It sits in approximately the same place that the bell tower once was. 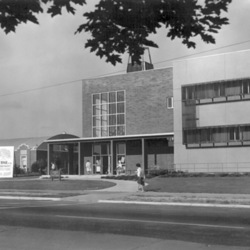 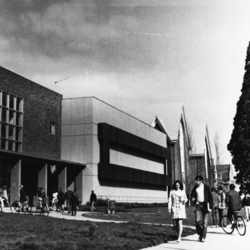 The razed South Wing of Campbell Hall called for new construction of Bellamy Hall to replace classroom and office space lost. This also included the Humanities and Social Science building to be constructed as well.

"[The Grove and Campbell Hall] were the symbol of a well established intitution of higher learning, the symbol of permanence, integrity."

"[The grove and Campbell Hall] had been symbols of OCE since the beginning...how sad to think two days out of our history could change a place so drastically"

"It never did seem the same. the beautiful Grove and stately tower were no longer there. To me they had been a sumbol of the excellence of the college. The storm had torn the 'heart' our of the beauty that represented OCE, it had been a pictureesque small college campus"